The Top 15 Animal Statues to Add in Your Garden

Humans have been creating animal statues for thousands of years.

The oldest known animal statue in the world is the The Löwenmensch (lion man) figurine. This prehistoric ivory figure is between 35,000 and 40,000 years old according to carbon dating.

Today the beauty of nature continues to enthrall us, which is one reason that adding animal garden statues to landscaping has been a tradition spanning many cultures and eras.

From tiny mice to huge, savage bears there are many to choose from, which can make selecting the best animal statue for your garden a bit overwhelming.

Take a look at this guide to learn about some of the most popular choices for animal statuary and how to select one that makes a powerful personal statement.

The majestic stag would make a fantastic focal piece for any “Monarch of the Glen.” Featuring heavily in the traditions and mythology of many cultures, the stag can represent many values, from gentleness and protectiveness, to freedom and nobility

For many, the stag is symbolic of vigilance and agility, especially in the face of adversity.
Added to a wooded area of your garden this impressive beast would make a statement.

The fox, traditionally associated with wit and cunning, is also a favorite with the children and is featured in many popular children’s books and other media.

Fox statues are often set to best advantage nestled amongst the undergrowth or placed as a centerpiece to flowerbeds.

The mighty bear is a magnificent piece for a magnificent garden. Savage or friendly, full size or in miniature, bears make for versatile and popular statues.

There are many famous bear statues around the world, one of the most endearing of which is Winnipeg the Bear. Featured in a Manitoba zoo, this statue memorializes the real bear who inspired Winnie The Pooh author, A.A. Milne.

Whether imposing or whimsical, placing a bear statue in your yard is sure to communicate your personality to the world.

Known for tenacity and perseverance, goats are able to live in some of the most unforgiving terrains in the world.

The goat statue has remained popular throughout antiquity and would make a cozy old-world statement in any garden rockery.

Beloved by adults and children alike, these adorable giants are believed by some cultures to bring good luck.

Playful and eye-catching with their striking black and white coloring, a panda statue will stand out as a whimsical addition to a less traditional garden. Children will love discovering this statue in a hidden corner of your backyard.

As our constant and faithful human companion, the horse remains among the most popular animal statues from antiquity through today.

The horse has been represented in all mediums throughout the ages including marble, stone, and bronze. Even Leonardo da Vinci created what was, at the time, the largest statue of a horse in the word, so large, he was not able to complete it during his lifetime!

Representative of freedom, tenacity, and nobility, a horse statue will look majestic in your garden, especially represented in full gallop.

This animal statue needs no introduction. A popular choice in Asian cultures, the tiger often represents strength and courage. Striking and muscular, this statue is often shown on the prowl, silently stalking its prey.

The tiger’s inclusion in your garden will definitely stand out.

Respected in many cultures and often associated with Wall Street, the mighty bull is a representation of strength above all else.

The muscular neck and vicious, sharp horns of the bull, signify a fighting spirit.
A powerful statement in any garden, the bull represents dedication.

Embodying the japanese proverb, “Speak no evil, see no evil, hear no evil”, the three wise monkeys will bring an air of the philosophical to your garden.

Popularized by a carving over the doorway of the famous Tōshō-gū shrine in Japan, the meaning of this pictorial proverb is a matter of debate and will inspire meaningful conversations at your garden parties.

Beloved across many cultures, and worshiped in some, the cat is one of the few animals represented in statue throughout history.

Bastet, the Egyptian goddess, was first represented as a lioness but softened to the image of the humble house cat after cats became domesticated.
Cats are often associated with independence and an adventurous spirit. They are a popular statue addition to many gardens due to versatility of representation, whether hunting, sleeping, or as a loyal human companion.

Of course no discussion of animal statue is complete without the mention of the most loyal creature of all, the dog.

Known as man’s best friend, the image of the dog represents fidelity, faithfulness, and unconditional love.

Dogs statues exist all over the world, often as a reminder of a loyal companion now lost to time. A personal touch like this can be a touching addition to a garden.

The serene and graceful crane, a popular element of Eastern art, can be a beautiful addition to any water feature.
These elegant waterbirds represent grace and stillness of spirit.

Often referred to as the ‘keepers of secrets’ and associated with Norse mythology, ravens were once considered messengers between Heaven and Earth.

Dark and secretive, these impressively smart birds will make a fantastic inclusion to any bird-themed statuary. For the best effect make sure they are shown in pairs, as these birds mate for life.

Another children’s favorite, the frog statue is often shown playing an instrument, perhaps to reflect their musical nature.

Frog statues can be placed anywhere in your landscaping, in flowerbeds, near water features, or in the nooks and crannies of trees.

Often considered a representation of freedom, the Eagle is a symbol of the United States of America. The eagle statue is a must-have for any American backyard. Characterized by intuition, creativity, strength, and courage, these birds are often depicted either dominating the skies or nested with young.

Famous eagle statues exist all over the world and across North America. The Jatayu Earth’s Center in Kerala features an eagle so large, it occupies the entire roof.

Which Animal Statues Speak to You?

Choosing the right animal statues for your yard or garden can go a long way toward bringing life, whimsy, and character to your landscaping. We recommend considering the design and positioning of the statue as well as how your selection reflects your personality, culture, and interests.

Statues are our passion and we are here to help you find the perfect selection for your outdoor space. Feel free to browse our large selection or contact us with any questions. We look forward to hearing from you! 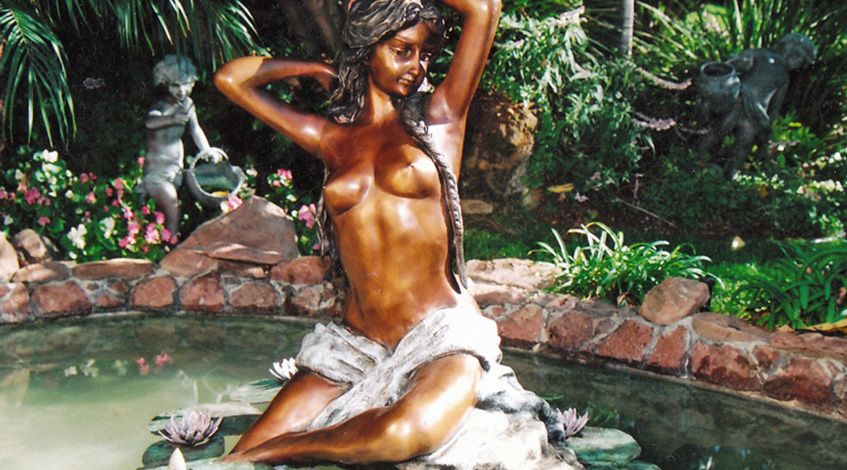 Many homeowners have taken to revamping their outdoor space. Create an oasis right in your backyard by growing tropical plants, installing a water feature, and investing in quality patio furniture.  One of the ways you can take your outdoor space to the next level is by purchasing a bronze fountain. Not only will it add appeal and be the envy of the neighborhood, a quality outdoor fountain will add to...

How Are Our Bronze Statues Made?

All of our bronze statues are hand made using the Lost Wax Process which results in intricate and detailed works of art. This process has been traced back over 5,000 years and has several steps which is why our bronze statues take so long to cast. First, an artist sculpts an original model from either clay or wax and a rubber mould is made. Once the mould is finished, molten... 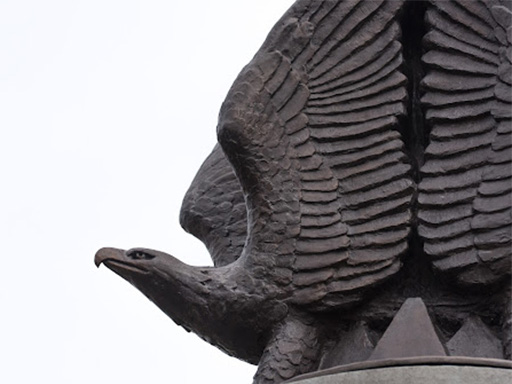 A Complete Guide to Decorating Your Home with Eagle Statues

Bald Eagles are one of the most famous symbols of America. They can be found in many parks and nature reserves across the country. If you often find yourself gazing at photos of this picturesque bird but have yet to purchase eagle decorations for your home, read on. We’re going to give you a few decorating ideas you’re going to love. Are you ready to decorate your home with eagle...

Get exclusive deals you will not find anywhere else straight to your inbox!